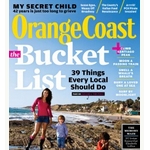 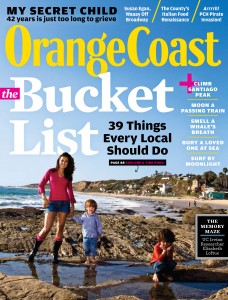 We were mentioned in the October edition of the Orange Coast Magazine‘s ‘On Our Radar’ Section:

Don’t Leave Home Without It

Taking off for the holidays? Before you lock up, make sure everything’s in order. Home Sweet Home Video can help by making a video inventory of your valuables. In case of theft or fire, your claim will be easier to process.

We appreciate the recommendation! 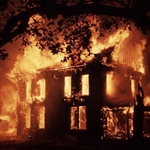 Home Sweet Home Video was featured in April in a “Life of Luxury” article. 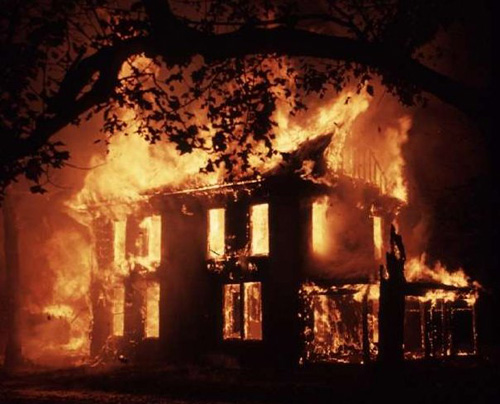 So what do famous celebrities and high net-worth individuals such as Courtney Love do to protect their own homes, art, furniture and jewelry from fires, theft, earthquakes and divorce?

Well, they wisely hire Home Sweet Home Video to carefully document all of their home assets.

In addition, the company provides them with a complete DVD including every detail of their home, in the event any disaster should occur. If you happen to live in Southern California, that outcome is likely.

Amy Reiss and Melissa Carr of Pacific Palisades have become the most trusted home inventory specialists in Southern California. 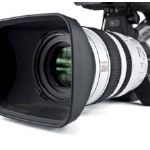 Home Sweet Home Video was the “featured entrepreneur” on the Jean Chatzky blog in April 2010. WHO: Amy Reiss and Melissa Carr

HOW: After struggling through the death of her mother and stepfather, the last thing television producer Amy Reiss wanted to go through was the emotional and financial stress of dividing up her parents’ belongings. “The legal issues relating to their trust and the identification of personal belongings became an emotional and financial ordeal for all involved,” says Reiss.

Melissa Carr, on the other hand, had recently relocated. Leaving behind her own furniture store in Colorado, she had started working for an L.A.-based company that staged homes for sale – but missed working for herself. The two met working freelance projects on a TV show – and the gears began turning. Both in need of full-time work, and excited to try something new, the two friends began to brainstorm about they way their skills could mesh into a unique company.

They began to think up a company that would cross off something on everyone’s to-do list – creating a full inventory of the furniture, wardrobe, jewelry, and architectural details that are worth something to their owners. “We knew there was a need for people who were about to create a will or trust, get married or divorced, lease a home, or move items into storage and for insurance purposes,” says Reiss, adding, “I knew that if [my parents had] an inventory , it would have saved us all a lot of heartache.” Throw in their backgrounds in home goods and videography, and the two knew they’d found their project. The pair took the plunge – investing $12,000 of their savings – and began to purchase the equipment they’d need to successfully document the items in people’s homes.

What makes Home Sweet Home Video stand out against its competitors is their individualized approach to each client. Recognizing the various reasons people might need home inventory – not just for legal reasons, but Southern California earthquake insurance, for example – they cater each assessment to each specific home. “If someone has a home with special architectural features then we videotape a ‘home tour’ with the client,” says Reiss. They’re so specific, that when their client Courtney Love asked for an assessment, Reiss and Carr individually assessed each pair of high heels in her closet! Inventories range in price from $500 for a small condo to more than $10,000 for those that involve weeks of work. “We not only shoot the items in the home, but concentrate as well on flooring, appliances, sconces, and so on,” says Reiss. “Then, the video is edited with titles and chapters for easy reference.” Since their launch four years ago, the business has completed over 100 inventories, and has consistently seen a profit – but the pair would like to expand their horizons. “Our goal is to educate as many people as we can about the importance of having a complete home inventory,” says Reiss, “and our new project is to donate our services to charities — via silent auctions — to give back to our community.”

THEIR ADVICE: “Do your research!” says Reiss. “Know your marketplace, your competition, and who your client is, and then create the best service/product.”

The  full original article can be read here. 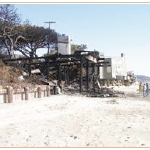 As Sheriff’s officials investigate the cause of last week’s Malibu Road fire, residents and the city prepare to rebuild.

By Melonie Magruder / Special to The Malibu Times

The cause of the fire that destroyed five beachfront homes and damaged six others on Malibu Road last week, with losses estimated between $60 million and $100 million, is yet to be determined. Whether sparked by a carelessly thrown cigarette butt or arson, the investigating teams of Los Angeles County officials are not releasing statements.

Captain Lynn Mohr of the Fire Station 88 on Malibu Road said the flashpoint of the fire was at Bluffs Park.

“I went up to look at where it started,” he said, “and it was right at the juncture with PCH.” However, he declined to speculate on what will be designated as the official cause.

Battalion chief at Station 70, Terry DeJournett, confirmed that the ignition source was at PCH but said the cause will probably remain “undetermined.”

“Wind-driven fires are always suspicious,” he said. “And there’s not a lot you can do about them. There were gusts of up to 60 mph. It was fortunate that the wind was blowing seaward that night.”

However, the Sheriff’s Department is still investigating the cause of the blaze, and is asking for the public’s assistance with any additional information. (If anyone has any information regarding the fire or saw anything that might be relevant, they can call the Lost Hills Sheriff’s Station at 310.456.6652 or contact Detective Jim Gonzales at 323.881.7517.)

Malibu resident Roger Cain was interviewed by phone and then on camera by the news channel, ABC, the evening of the fire. Cain told news reporters that he had seen the fire from the start, first seeing a puff of smoke on the side of Pacific Coast Highway, between John Tyler Drive and Malibu Canyon. He said within minutes flames were going toward the homes on the beach. Cain also told reporters it appeared to him that the cause of the fire could have been caused by a cigarette butt flung out a car window. Cain, who is the brother of actor Dean Cain, confirmed by e-mail to The Malibu Times Tuesday that he was the person interviewed by ABC.

“The first responders did a tremendous job limiting the damage to what they did with an aggressive response,” he said. “There was fire on both sides of the street and they drove right through the flames to contain the fire line on the western edge.”

Malibu Road resident Ashley Lewis lost the guesthouse she was living in and nearly her life.

“I had just finished watering all my plantings when I noticed the smell of smoke,” she recalled. “When I noticed that my garage was on fire, I pulled the hose around and tried to put it out, but my hose was about one foot short of the flames. So I called the firemen.”

They were able to confine the flames to her guesthouse, but Lewis was overcome with smoke inhalation.

“They insisted on calling the paramedics,” she said.

Lewis ended up being hospitalized for two days, but said she had suffered little.

“Look at Suzanne and Alan,” she said. “They lost everything!”

Lewis is an immediate neighbor and good friend of actress Suzanne Somers, whose home was completely destroyed by the fire. Alan Hamel is Somers’ husband.

Victoria Pinero was pet sitting for residents Christina Carmel and Al Ehringer, whose home was consumed in the fire. She was caring for four dogs belonging to Carmel and Ehringer.

“One of the firemen helped us rescue one of our chows,” Pinero said. “I thought he’d just tell us to move on when I told him that our dogs were trapped, but he helped us immediately.”

Pinero had been prevented from returning to the house to rescue the dogs by Sheriff’s Department roadblocks and was forced to climb down to the beach in order to approach the burning house.

“We rescued two of our chows right away and found Beau, our chocolate lab, running around the neighborhood about 5 a.m.” Pinero said. “She suffered some burns and smoke inhalation but she’ll be OK. But we couldn’t save one of our chows. She’s gone.”

The chow that died, name Angel, was found in the rubble of the Ehringer/Carmel home last Wednesday. A makeshift memorial was erected at the site of the burnt home, with neighbors and friends leaving flowers and signing a board with the dog’s photo pasted on it. A photo of the Labrador that was published on the front page of The Malibu Times last week, which was taken by a visitor to Malibu, caused much consternation to several people. They wrote, e-mailed or called, asking if the dog was OK, and even chastised the staff of the Times for taking the photo (see Letters, page A4).

Vic Peterson of the Environmental and Community Development Department of Malibu said the city has set up a task force to help residents who lost property and are seeking to rebuild.

“We already have city staff who are expediting the permitting procedures,” he said. “Suzanne Somers had already applied for some renovation permits before the fire and we are fast tracking those now.”

Peterson said the loss of the vegetation in the Bluffs Park area above Malibu Road will be addressed.

“If you stand at the Michael Landon Center, you can see all the trails now. Ultimately, it will have to be replanted,” he said. “But for now, we’re just concentrating on sand bagging it all to control erosion.”

Peterson also lauded the Fire Department for its “extraordinary performance.”

Because of the speed of the fire, the residents of Malibu Road were faced with immediate decisions of what to recover from their homes before evacuating.

“I grabbed some jewelry and a few pictures,” Lewis said. “But you just can’t think clearly. I couldn’t find a flashlight that worked and my gas mask just fell apart. You really do need to have a bag with everything in one place.”

This bit of advice is highlighted by Amy Reiss, proprietor of Home Sweet Home Video, a company that specializes in cataloguing home inventories for insurance purposes.

“We had just completed a full video home inventory for a resident on Malibu Road a few days before the fire,” she said. “It’s one of those things that every home owner says, ‘I’ve got to do that someday.’ Well, last week was that day for the folks on Malibu Road.”

Although there was extensive property loss, most residents agree that the fact there was no loss of human life is a blessing.

“Look at me,” said Lewis. “I’ve lived through four fires here in Malibu since 1985. I’m the luckiest person in the world!” 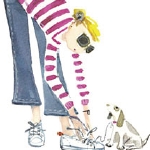 This Is Your Life 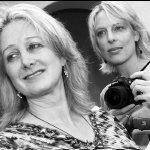 Excerpt of the Article:

“…the main catalyst for starting a home inventory business was having to deal with her mother’s estate recently.
“If we had a home inventory report when Mom and her husband were living, it would have made things a lot easier for both families after they passed away.  Something as simple as an inventory with photographs and video would have saved all of us a lot of trouble during a time that is fraught with heartache.”
The women decided to join forces, Reiss having had a career in television production for the past 20 years; Carr having recently worked for a home-staging company here in L.A. which involved preparing properties for sale.
While both enjoyed the work they were doing, they “loved” the idea of having their own business…”